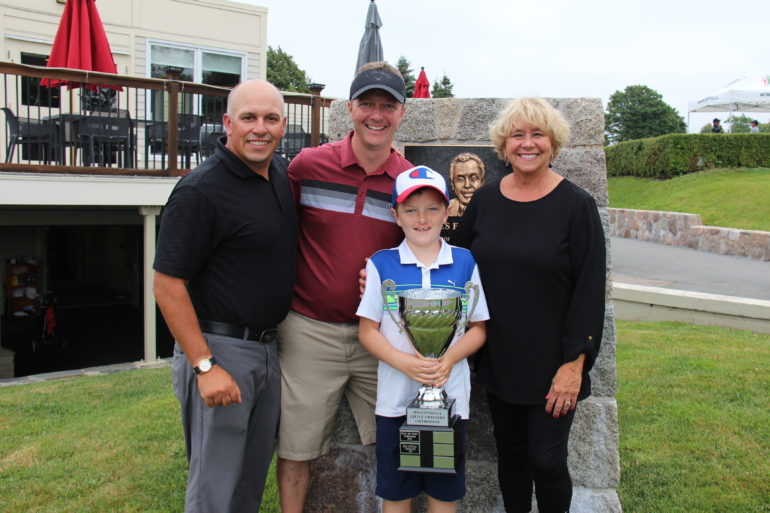 The players of the 2019 NB Family Classic and the 3rd annual Jim Connolly “Little Swingers” joined us at The Riverside Golf & Country Club on Monday.  The Family classic is played as a Pinehurst alternate shot format where we hope all family members were still talking to each other at the end of their round. There are 4 categories, the Mother/Daughter, Mother/Son, Father/Daughter and Father/Son in this great tournament.

The Jim Connolly “Little Swingers” Event is in memory of long-time Riverside Golf Professional Jim Connolly as his junior clinics for kids under the age of 10 are well known. In the Little Swingers division, the 8 juniors joined in a clinic taught by Riverside’s Head Professional (and Jim Connolly’s son), Don Connolly and Golf NB’s Technical Director, Bari Gourley. The fathers all watched and listened in on the tips being given by the Pros. They then headed up to the 10th tee to play on the back nine from the lengthened “family tees”. The pressure was on Steve and Connor Weatherhead from the Westfield Golf & Country Club, who were the 2-time defending champions but they settled for the runner-up position this year.  They managed an amazing 2-under par 34 with birdies on holes 11, 14, 17 and a lone par on the always tough 10th hole. They were outplayed by the Hampton Golf Club duo of General Manager, Craig Mills and his son Ethan who fired an outstanding 5-under par 31 with an eagle on the 14th hole, birdies on holes 12, 15, 16 and 17 and a bogey on 18. After the round all of the kids all took part in a mini-putt tournament made with lots of obstacles on the putting green, a meal and then each junior won a prize and received a bag of candy.

The Mother/Daughter Division was once again won by the Kathy (Fredericton Golf Club) and Kathryn Meagher Golf NB Gold Member) for the 6th time in a row and 12 times overall. That is quite a feat! They shot an 82 on the par 72 layout and won by 4 shots over Kathy Power from the Fredericton Golf Club and her daughter Lindsey from Nova Scotia.  Following one-shot back was Mona Meldrum from Sackville and her daughter Sara from North Carolina.

The Mother/Son division saw a winning team from the past come back and win again.  Debbie and Steve McLaughlin from Fox Creek and the Moncton Golf Club respectively, shot a 79 to claim the title after their last win in 2015. Last year’s champions Lois and Greg Stewart from the host club, came in second this year and 3-shots back with an 82. Another shot back at 83 was a new pairing for the tournament, Monique and Patrick Livingston from the Fredericton Golf Club.

We had new champions in the Father/Daughter grouping after Team NB Junior Girl member, Julie Gauvin and her dad, Pierre, both from Fox Creek, fired a 3-over par 75. The started with a 39 on the front but caught fire on the back nine with a 2-under 34 with birdies on 13, 14 and 17 and a bogey on 18. The runner-up position went to an old favourite Doug Sullivan who played with his granddaughter, Claire Konning this year who shot a 38-39 =77. Another shot back at 78 was Riverside’s own Tracy Gallant and her father Ed Moore of Kingswood.

Finishing off the day was the Father/Son division that had 30 teams competing for the Championship. We crowned new champions (but past champions) in Jeff and Jake Ward from Gage Golf Club and Kingswood. They had a great day with a 3-under 33 on the front with birdies on holes 2, 3, 6 and 9 and a bogey on hole 7.  On the back nine they followed up with a 2-under 34 with birdies on holes 12 and 14 and 7 pars. Placing in second position was Will and James Simonds of the home club who shot a 1-over par 73 with 8 pars and a double bogey on the front nine and a 1-under par 35 on the back with birdies on 12, 15 and 16 and bogeys on 11 and 18. Tied for 3rd place, one shot back at 2-over par 74 was Riverside’s Associate Pro James Sinclair and his dad Greg along with another Riverside member, Josh Hurley and his father Dan from the Hampton Golf Club. Another shot back at 75 was last year’s champions Nick and Darren Ritchie.

The Riverside Country Club was a fantastic host again this year for this event, the course was in great shape, and everyone had a great time. Head Professional, Don Connolly was very excited about hosting the event for the third year in a row and was happy to see the Jim Connolly Little Swingers Event continue again this year. Not many tournaments can you have an 5 year old playing, and three players in their 80s also playing in the same tournament.  All in all, it was a great day even though Mother Nature decided to drizzle down on us for some of the day. The Family Classic is a special day and it is all about Fun and being with family.Thanks to all the players and especially the kids for putting up with their parents today!

Golf New Brunswick (Golf NB), a not for profit organization founded in 1934, is the official governing body for amateur golf in New Brunswick.  In January of 2006, the New Brunswick Golf Association (NBGA) officially merged with the New Brunswick Ladies Golf Association (NBLGA), resulting in one united governing body for amateur golf in the province.  Programs offered by Golf NB to its 10,000 members include: 12 provincial events, rules of golf education, course rating and handicap services, junior golf development programs and member club marketing initiatives. 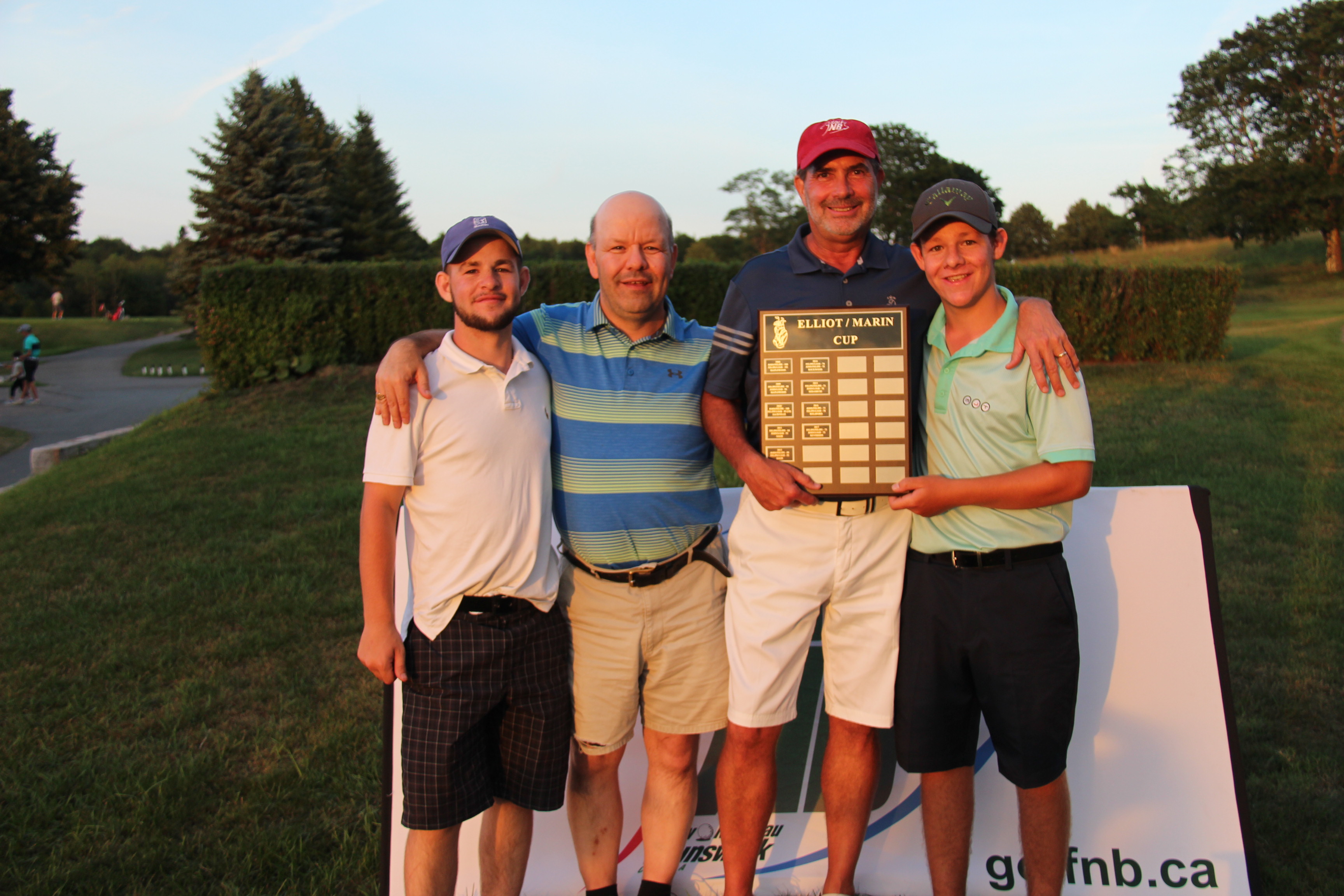