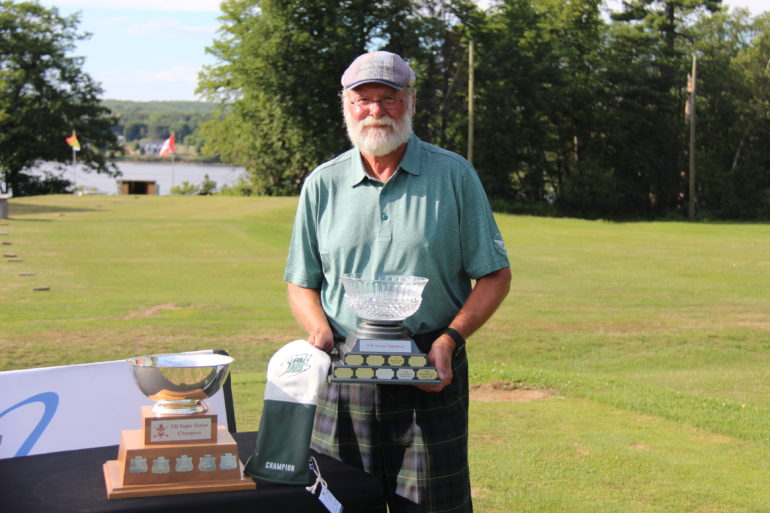 Established in 1925, the Miramichi Golf & Country Club has proved to be one of New Brunswick’s many premier championship venues and most recently hosted the 2018 NB Ladies Provincial Championships. The Par-71 6,100-yard T.F Robinson design features tight fairways that require immense accuracy off the tee. The 54-Hole Competition has provided the ultimate test for players as 99 of the provinces most elite golfers aged 55 years and older met in Miramichi to prove their worth in the race for New Brunswick’s 2020 Senior Men’s Championship.

The overnight leader, Darren Ritchie of the Hampton Golf Club was joined in Wednesday’s final pairing by Gary Melanson of Covered Bridge and Bob Brown of West Hills who were both hopeful to apply pressure to Ritchie’s lead during Wednesday’s round. A hot and humid afternoon set the tone for a friendly, yet competitive final round between the three players.

Players were met by a challenging Miramichi Golf and Country Club on Wednesday, fitting final day conditions after the first two rounds of the championship. Covered Bridge’s Gary Melanson was unphased by the heat and humidity that faced the field and relied on his consistent swing and the use of his trusty hickory golf clubs to record an impressive 1-Under Par 70 performance in his final round- tournament total 3-Over Par, 216 (75, 71, 70). A short-sided birdie chip stood between Melanson and the 2020 NB Senior and Super-Senior Titles on the 18th hole which he casually rolled into Miramichi’s COVID-19 altered cups to secure his two championship crowns. An impressive run of play over three rounds was sealed with composure as a small group of players watched the Woodstock native add to his already impressive record of New Brunswick Provincial Championships. Finishing the event in second is Dan Coulombe of West Hills Golf Course who carded a final round 1-Under Par 70 – tournament total 4-Over Par, 219 (76, 73, 70). Hampton’s Darren Ritchie finishes the event in third after a final-round score of 7-Over Par 78 – tournament total 8-Over Par, 219 (71, 72, 78).

Melanson’s impressive play during the championship has led to the Covered Bridge member leaving with two championships. In addition to the 2020 NB Senior Men’s Championship, Melanson has also won the Super-Senior Title, eligible for players aged 65 and over. Fredericton’s Sonny Phillips places second in the Super-Senior Division, the 2019 Champion completed a final round of 7-Over Par (78)- tournament total 14-Over Par, 227 (70, 79, 78). Fox Creeks’ Jean Leblanc joins Melanson and Phillips ontop of the Super-Senior Leaderboard after recording a 4-Over Par (75) in Wednesday’s final round – tournament total 23-Over Par, 236 (77, 84, 75).

Known for his unique style on the course and his use of replica hickory golf clubs, Melanson is coming off of 40 plus days of consecutive rounds, including his victory at the 2020 PEI Amateur Championships where he captured the Senior Title on Sunday. Adding to his accolades this week, Melanson captured the Golf NB Dormie Workshop Par-3 Challenge. The challenge was created to reward the player who performs the best on the Par-3’s during the course of the championship. After three rounds of play, Melanson was 2-Under on Miramichi’s Par-3’s which secured the challenge title over West Hills’ Dan Coulombe. Gary will receive a custom prize from Dormie Workshop for his victory.

The 2020 NB Men’s Senior Championship marks the end to Golf NB’s Championship Schedule for the 2020 season. The support from clubs and players has allowed Golf NB to carry on with three of its Championship Events and leaves hope for a closer to normal 2021 schedule for golfers and clubs in the province.

Congratulations to our 2020 Champions: 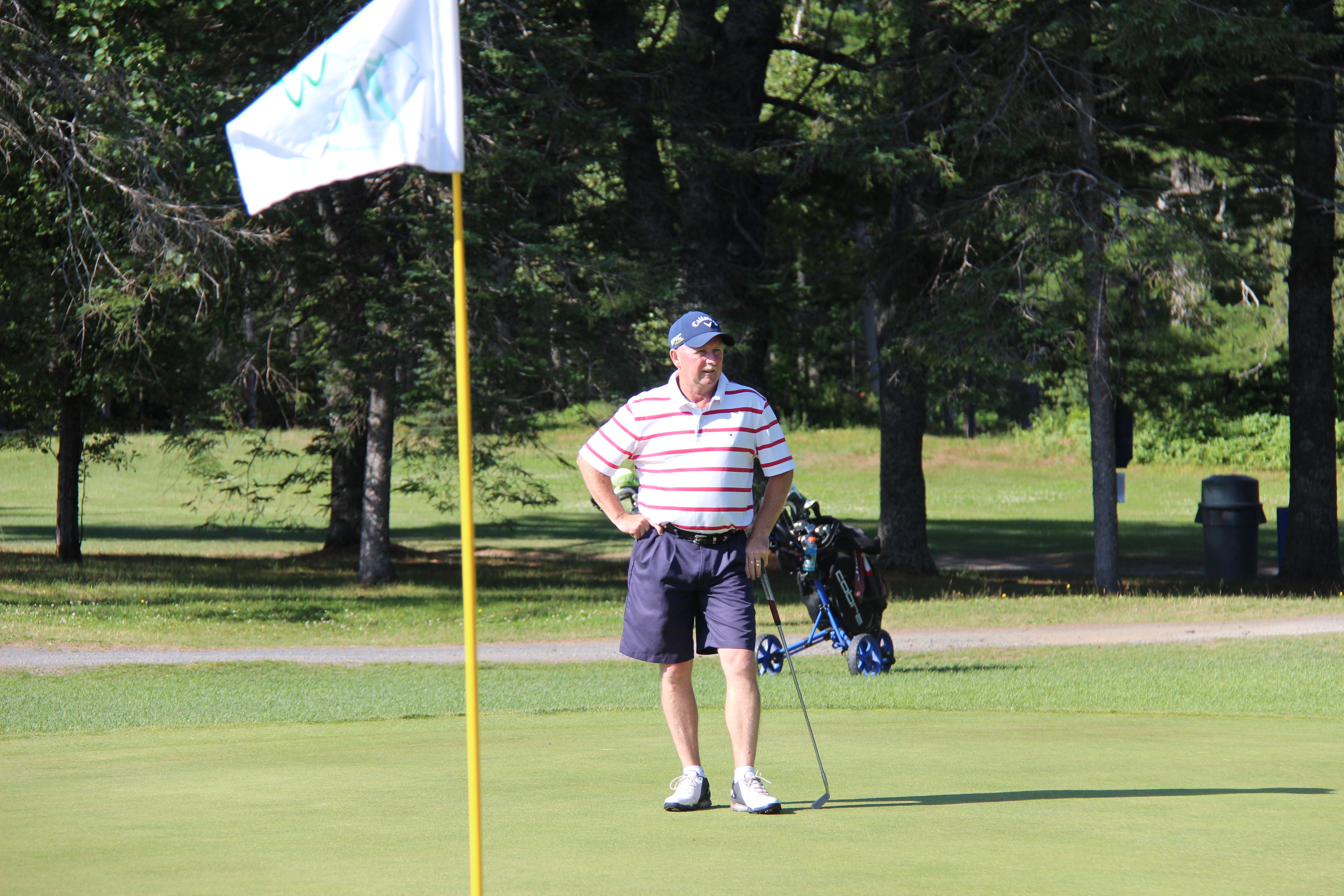