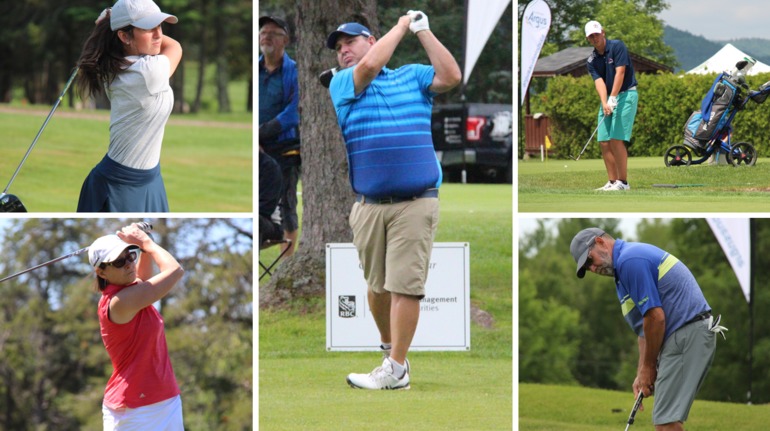 Golf New Brunswick (Golf NB) is pleased to announce the 2019 Golf NB Players of the Year.  The Player of the Year (POY) is a ranking system that awards points to players based on tournament results throughout the golfing year. It is designed to promote golf development through competition and celebrate the individual achievements of golfers in New Brunswick. 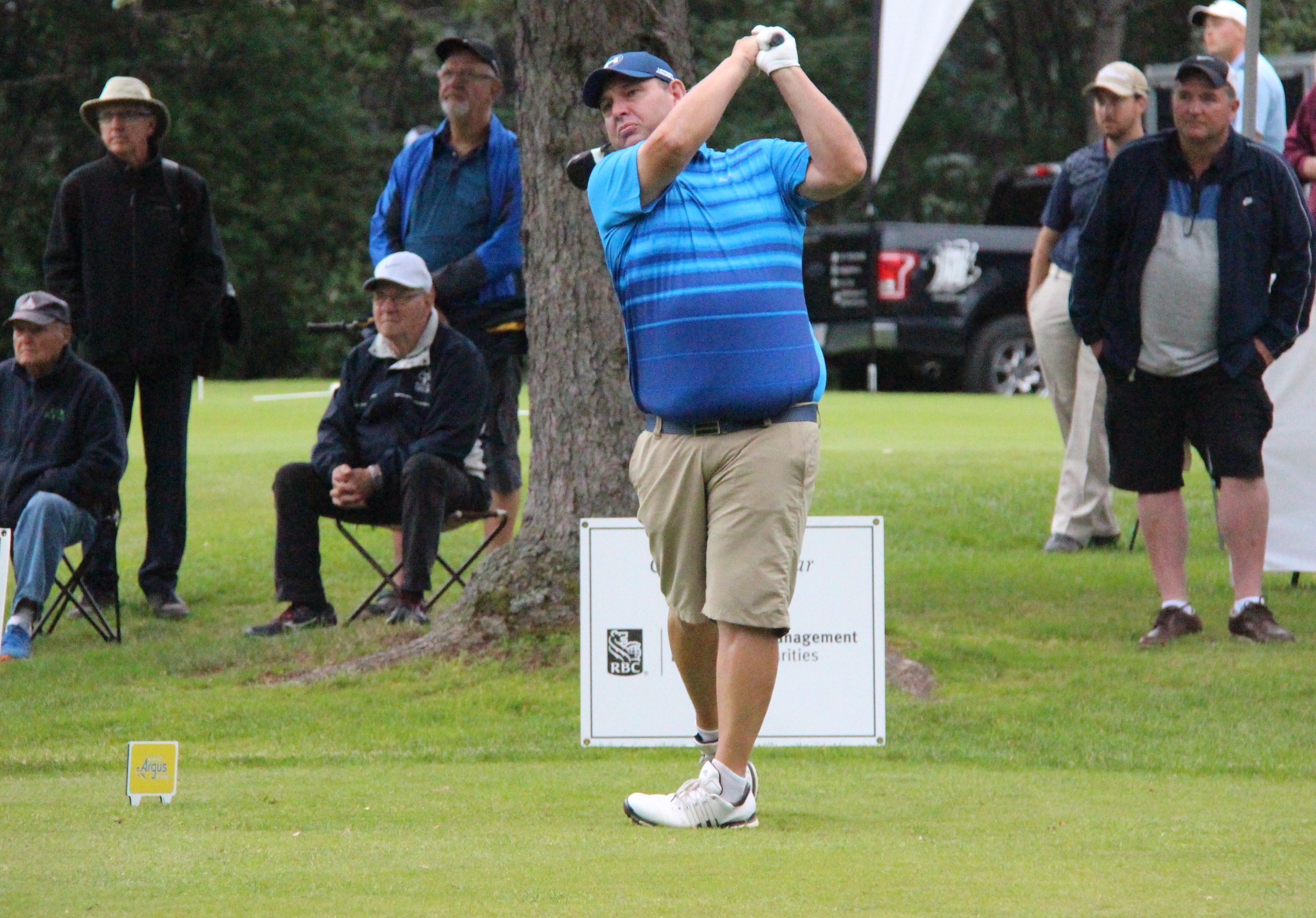 It pays to play and the 2019 TaylorMade NB Men’s Player of the Year, Stuart Musgrave, proved just that. Musgrave competed in all 6 Men’s POY tournaments this season, accumulating 97.8 points to edge out Michel Landry of the Fredericton Golf Club by just 9/10’s of a point.

After starting the 2019 season with a 12th place finish at The Riverside Country Club’s Don Sinclair Invitational, Musgrave would rattle off two top 5’s and three top 10’s in the remaining five POY events to claim his first TaylorMade NB Men’s Player of the Year crown.

Landry would come within a whisker of his 2nd Men’s POY title following victories at the 2019 RBC Dominion Securities NB Men’s Amateur Championship and the Mactaquac Invitational in addition to his T5 finish at the Gowan Brae Golf & Country Club.

In third position is Greg Jones of the Country Meadows Golf Club.  Jones would record a top 20 finish at the NB Men’s Amateur Championship along with a pair of T2’s and another top five finish to amass 74.3 a season total of points. 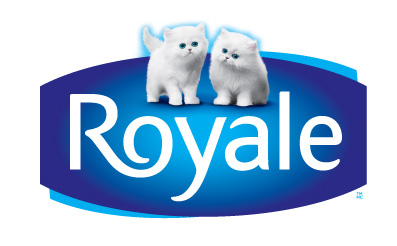 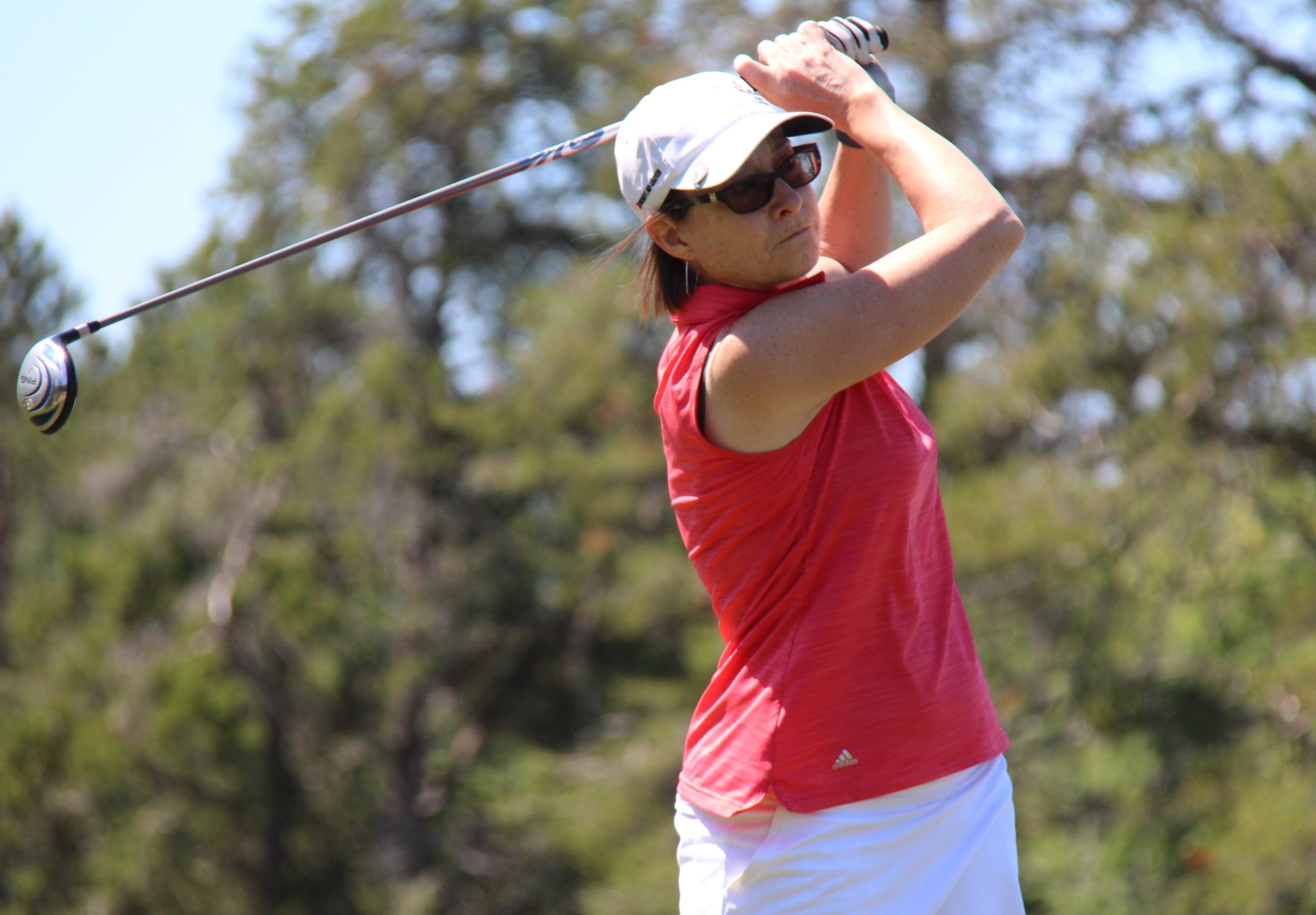 A familiar name sits a top the 2019 Royale NB Ladies Player of the Year standings as Leanne Richardson of the Country Meadows Golf Club compiled 189.0 points on route to her 19th Royale NB Ladies Player of the Year Championship.  With five victories, including her 5th Argus Audiology NB Ladies Amateur Championship, and two runner-ups Richardson would cruise to the 2019 Ladies POY title, 42 points clear of Pam Cossey of the Rockwood Park Golf Course. 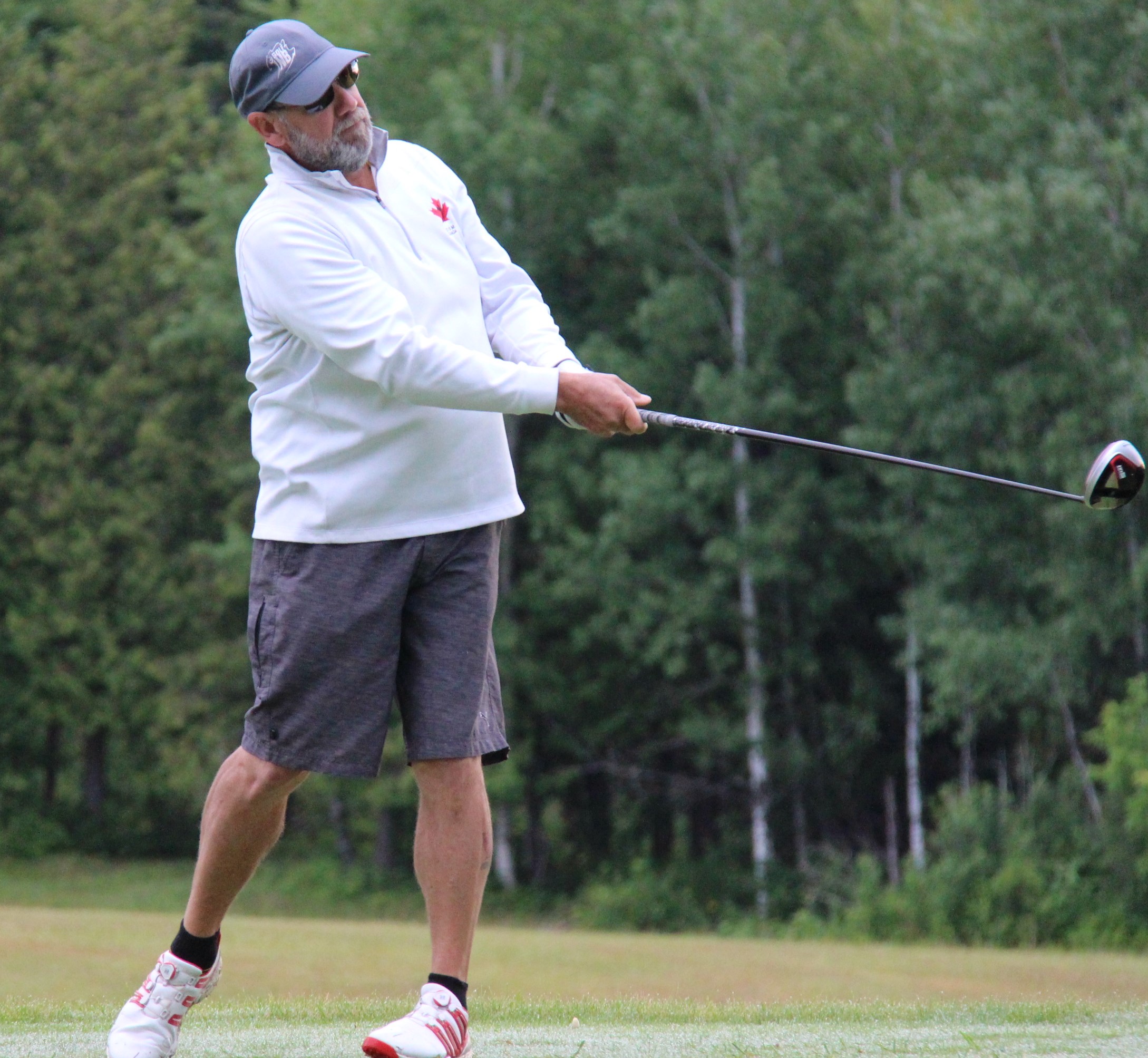 A top five machine in 2019, the Gage Golf & Curling Club’s Tom Cameron would finish inside the top five finish in each of the three MCT Insurance Senior Men’s Player of the Year events in which he competed.  A third place finish at the Argus Audiology NB Senior Men’s Championship in July and a phenomenal T12 finish at the 2019 Canadian Men’s Senior Championships, where he earned 42 points, would vault him into the lead entering the final week of the season.  His total of 148.0 Senior Player of the Year points would see him edge out 2019 NB Super-Senior Champion Sonny Phillips (137.5) of the Fredericton Golf Club.

Phillips, who finished 5th at the NB Senior Men’s Championships, would also claim a victory at the Miramichi Senior Invitational along with four more to 5 finishes and two top 10’s to lock down second position in the season long series.

In third position is Eric Hildebrand, also of the Fredericton Golf Club.  Hildebrand would secure POY Points in 11 of the season’s 22 events posting two top 10’s and seven top 5’s on his way to 119.5 points and his first top three finish. 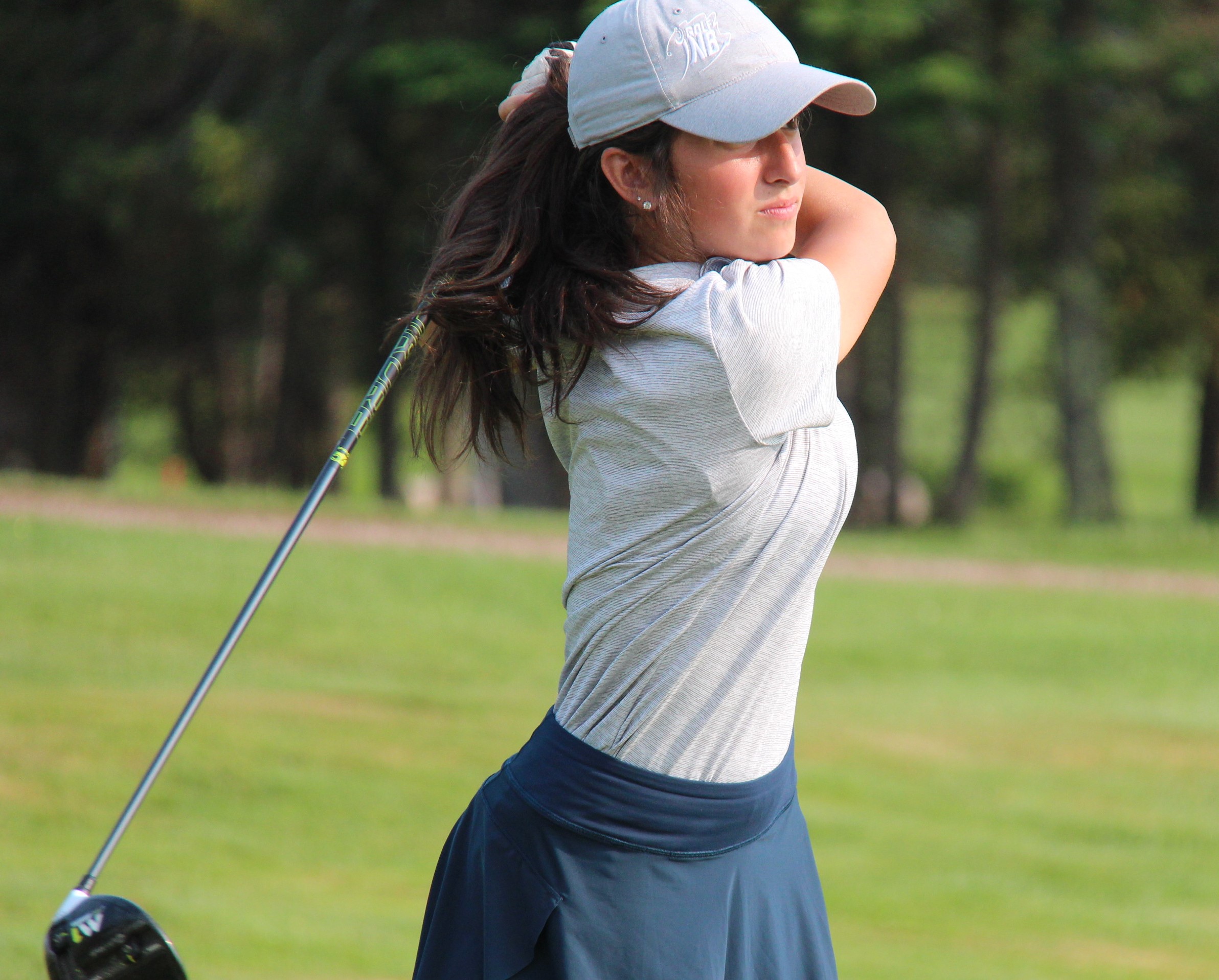 Julie Gauvin had another solid 2019 season as she would successfully defend her 2018 MJT-Golf NB Junior Girls Player of the Year crown.  Gauvin proved to be a big game performer carding consecutive top five finishes at the NB Junior Girls, Argus Audiology NB Ladies Provincials and the Future Links, driven by Acura Atlantic Championships which would account for 105 of her 157.6 points.  Gauvin would also be New Brunswick’s lone player to make the cut at the 2019 Canadian Junior Girls Championship, on route to a comfortable 20 point victory in the Junior Girls POY Challenge.

NB’s most improved player of the year would have to be Alexandra Guitard of the Royal Oaks Golf Club.  Guitard would secure three victories on tour this season and would use a personal best 81 during the second round of the NB Junior Girls Championship to secure the 1st alternate position on Team NB.  Guitard would continue her improvement by posting rounds of 84 and a new personal best of 79 at the Canadian Junior Girls Championships to miss the cut by a single shot.  Guitard’s performance at the NB Junior Championships would prove to be the difference as she secured 2nd position in the Junior Girls POY standings just 1.5 points over Fox Creek’s Mackenzie Deveau (136.3). 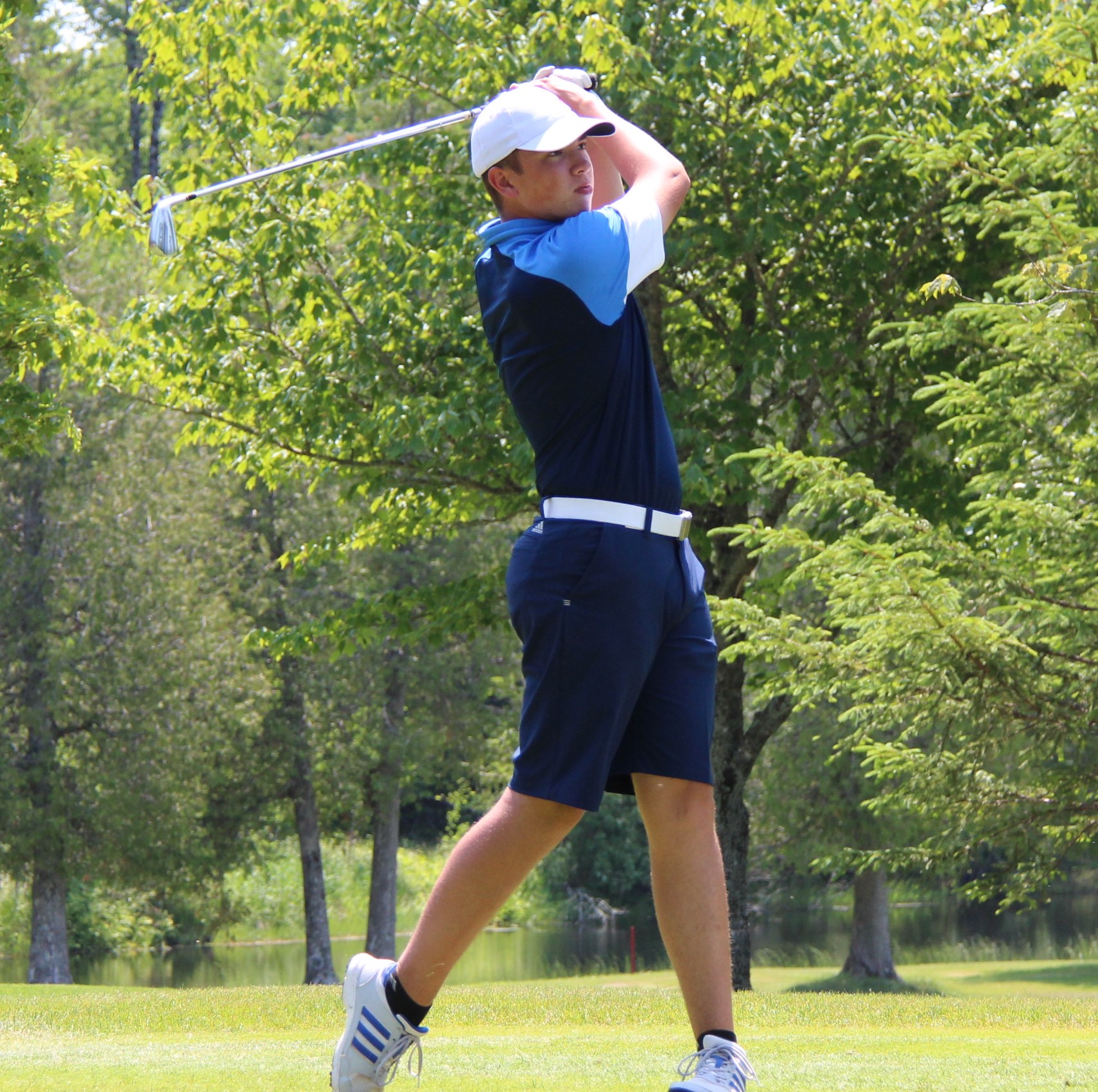 Back to back was the theme of the MJT-Golf NB Junior Player of the Year Challenges in 2019, as Daniel Kirby of JH Sports and the Covered Bridge Golf & Country Club would follow Julie Gauvin’s lead on route to his own title defense.  Kirby would finish the 2019 Junior POY season with three victories and three top 5’s, which included a runner-up finish at the Future Links, driven by Acura Atlantic Championship on his home course of Covered Bridge.  A 12th place finish at the RBC Dominion Securities NB Men’s Amateur Championship would serve to increase his points total to a dominating 312.1 points a full 139 points better then the Moncton Golf & Country Club’s Ethan McFadden.

McFadden would be a consistent presence on the Junior POY leaderboard in 2019 accumulate points 13 different events including a tie for 1st, five top 5’s and five top 10’s totaling 172.8 points.  In a season long seesaw battle with the Hampton Golf Club’s Nicholas Ritchie, the race for 2nd position came down to the final event of the year.  With McFadden locked in at 172.8, Ritchie needed a T9th or better to move into second position in the year long challenge however he would come up one shot short at the MJT Atlantic Championship at Fox Harbour, finishing T10 and falling just 4.8 points shy of second position with a total of 168.0 points. 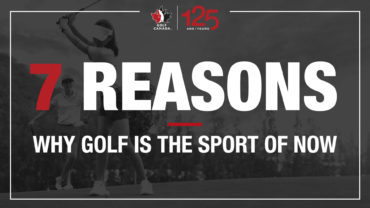 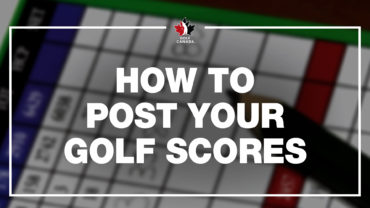 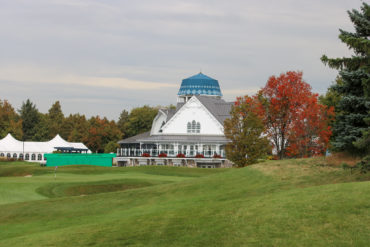