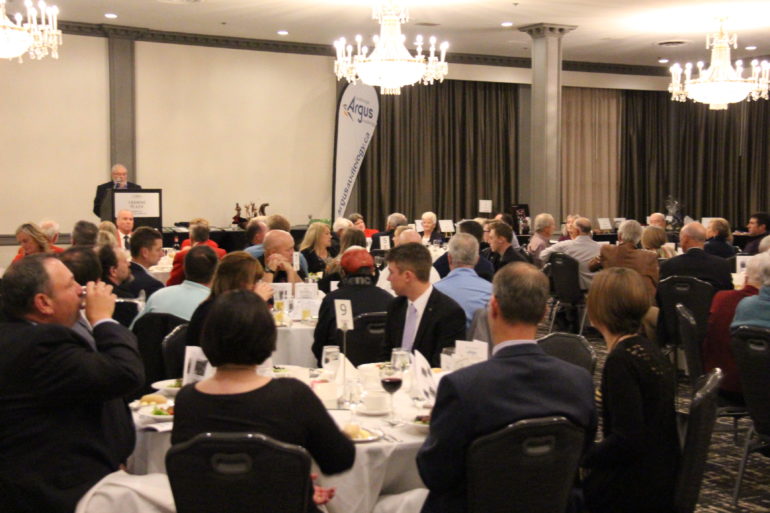 David Morison admits he was pleasantly surprised when he moved to Bathurst from Winnipeg more than 15 years ago.

Morison, who started playing golf when he was just eight years-old and still hits the fairways four days a week at age 73, checked out Gowan Brae Golf and Country Club shortly after arriving in Bathurst.

“What was this place doing here is what I asked myself,” Morison recalled. “What is a gem of a golf course doing here?”

“To have an amazing golf course like this on the Bay of Chaleur and in the northeastern part of New Brunswick is just amazing to me. What a beautiful place and it’s full of the world’s friendliest people.”

Morison, a Toronto native who made the move from Winnipeg so his wife could be near her family, hasn’t looked back since arrived in Bathurst.

The chartered accountant was recognized at the 2019 Argus Audiology Golf NB Annual Awards Banquet & Silent Auction on Saturday, October 26 in Fredericton as the organization’s Provincial Volunteer of the Year.

“It’s like a ball team – it’s usually not a problem to find 10 kids who want to play baseball, but hard to find a coach for them,” he said. “Our volunteers are like that coach. We need those volunteers and I am just one of them.”

Morison, a former executive-director of Golf Manitoba, has volunteered on Gowan Brae’s finance committee while working tirelessly on setting up and maintaining the course’s markings for tournament and every-day play.

Since 2015, Morison has been chairman of Golf New Brunswick’s rules committee and has volunteered in that capacity at most of the province’s most prestigious tournaments.

“I just feel strongly about giving back,” said Morison, who also serves as volunteer treasurer at First United Church. “I have enjoyed my time in golf, and I enjoy giving back so others can enjoy the game as much as I have for so long.”

This year’s version of the Argus Audiology Golf NB Awards Banquet attracted a large crowd at the Crowne Plaza – Lord Beaverbrook Hotel in downtown Fredericton.  Players of the year were honoured as well as the top tournament winners and provincial teams.

Leanne Richardson, of the Country Meadows Golf Club in Moncton, won the Royale NB Ladies Player of the Year award for the 19th time. She was also the Argus Audiology NB Ladies Amateur, Mid-Amateur and Senior Champion.

“I try to play as many of the tournaments as I can, considering my other commitments,” said Richardson, who is also general manager at Country Meadows.

“I try to be consistent with a lot of top five finishes and a pretty good all-around game. Staying competitive at this point in my playing career is important to me. It’s been a lot of fun and it’s always fun to play with so many great friends.”

“It’s getting better all of the time and at my age, I don’t know how many of these opportunities I’m going to get, so this is very special,” said Musgrave, who was also a member of New Brunswick’s mid-amateur team.

Tom Cameron of the Gage Golf and Curling Club picked up the MCT Insurance Senior Men’s Player of the Year award.

The career military man finished in the top five at several New Brunswick tournaments this summer then finished tied for 12th at the Canadian Men’s Senior Championship.  He said competing for Canada at an international military tournament in Germany against top opponents from 16 countries provided a confidence boost that he rode through the summer of 2019.

“I think it carried over,” said Cameron, who works in range control in the operation services branch at CFB Gagetown. “I seem to play better in a tournament setting. It’s different and I enjoy the focus that you need to maintain in a tournament. I love the competition.”

Dieppe’s Julie Gauvin, who plays out of the Fox Creek Golf Club, was named the MJT-Golf NB Junior Girls Player of the Year for the second year in a row.

She said extra work with Golf NB Junior Boys Coach, and owner of the Louis Melanson Golf Academy, Louis Melanson paid off with more consistent play throughout the summer.

“I had more distance this year and my short game has improved a lot,” said the Grade 12 student from Mathieu-Martin High School. “I also worked more with a sports psychologist who improved my mental approach. I just like the way my whole game as improved.”

Daniel Kirby of JH Sports, who plays out of the Covered Bridge Golf and Country Club, also captured his second straight MJT-Golf NB Junior Boys Player of the Year award. Three years ago, the Grade 12 student from Woodstock High School was runner -up.

“My game has changed though, and I have been more consistent, so I use my practice time more productively,” he said. “I’m a much better player than I was a couple of years ago because I have improved my approach to the game.” 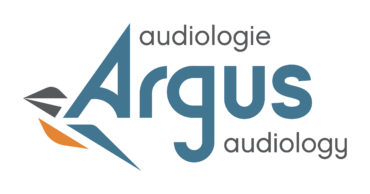