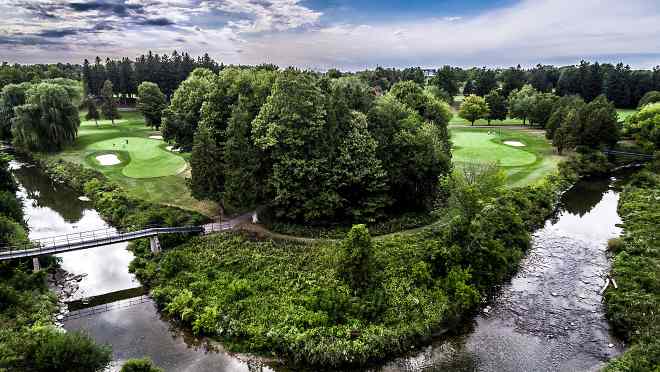 TORONTO – The 2019 Canadian Men’s Senior Championship, conducted by Golf Canada, will be contested at Cedar Brae Golf Club from September 10-13, marking the 58th playing of the national championship.

A full field of 156 competitors aged 55-and-over will take to Cedar Brae in hopes of joining the championship’s stellar list of notable winners. Returning to defend his Canadian Men’s Senior title is Brady Exber of Las Vegas, who cruised to a 7-stroke victory in 2018 with a score of 10-under par (278).

“We have exceptionally talented and accomplished golfers who are ready to take on a stellar golf course in Cedar Brae,” said Tournament Director Akash Patel. “Our hosts at Cedar Brae Golf Club have pulled together a great team of volunteers and the course is sure to provide North America’s best senior golfers with a solid test of their skills. The 2019 Canadian Men’s Senior Championship will undoubtedly be an exciting competition.”

Practice rounds take place Monday, September 9. Championship play will be conducted Tuesday, September 10 through Friday, September 13, with 18 holes of stroke play each day. Following the opening two rounds, the field will be reduced to the low 70 players and ties. The champion receives an exemption into the 2020 U.S. Senior Amateur championship to be contested at The Country Club of Detroit, in Grosse Pointe Farms, Mich.

A 65-and-over Super Senior Championship will run concurrently throughout the championship, crowning a champion after 72 holes of play. In 2018, Doug Roxburgh claimed a two-shot victory in the division over Quebec City’s Michel Roy.

An inter-provincial team competition for the Phil Farley Memorial Trophy will also be contested over the tournament’s first two rounds. In 2018, Team British Columbia captured the inter-provincial team championship with a score of 9 over par. Team Alberta and Team Quebec finished a single shot back to tie for second.

Originally opened in 1922, Cedar Brae has proven itself a revered destination for golfers seeking one of the best golf course experiences in Toronto. The club has evolved from its early beginnings, moving locations and changing its name before spreading its roots at its current location. The course was designed by Mr. C.E. (Robbie) Robinson.

“Cedar Brae is proud and excited to host the 2019 Canadian Men’s Senior Golf Championship,” said Cedar Brae’s General Manager and Chief Operating Officer, Martin Piché. “Our staff and member-based volunteer team have been working hard to prepare for the event. We know the players will enjoy the amenities and pure golf experience Cedar Brae has to offer.”

Additional information, including a full list of competitors, can be found here.

Gary Cowan of Kitchener, Ont.
Cowan, 80, was named the Canadian Male Golfer of the 20th Century in 2000 by Golf Canada – then known as the Royal Canadian Golf Association. A former Canadian Junior Boy’s (1956) and Canadian Amateur (1961) Champion, Cowan went on to win the United States Amateur Championship on two occasions (1966 and 1971). He turned professional at age 52 and played on the PGA TOUR Champions where he earned three top-10 finishes. Cowan’s amateur status was reinstated in October, 20018.

Brady Exber of Las Vegas, Nev.
The 63-year-old is back north of the border to defend his Canadian Men’s Senior Championship title. Exber, a member of the Las Vegas Golf Hall of Fame, was a quarterfinalist at the 2019 U.S. Senior Amateur.

Graham Cooke of Hudson, Que.
The 72-year-old is a member of the Canadian Golf Hall of Fame and has won the event four times (2001, 2002, 2008 and 2009). Cooke holds the record number of wins at the Canadian Men’s Mid-Amateur Championship with seven.

Jack Hall of Savannah, Ga.
The 62-year-old won the event in 2015 and finished 4th last year. In 2018, he won both the National Senior Amateur Hall of Fame and the Georgia Senior Match Play Championships.

Golfers must be 55 and over to be eligible.

In 1995, the 70 and over Canadian Super Senior division was added and is contested through the first two rounds.

The 2018 playing marked the first time this competition was contested over 72 holes.

The inter-provincial competition, which began in 1977, occurs concurrently over the first two rounds.

The champion is awarded the John Rankin Memorial Trophy.

The winner of the Super Senior division is awarded the Governor’s Cup.

Calgary’s Bob Wylie has won the event seven times since 1985.

Paul Simson became the first person to win the British, U.S. and Canadian senior titles in the same year in 2010.

The winner receives an exemption into the 2020 U.S. Men’s Senior Amateur Championship.

The club hosted the 1976 CP Women’s Open, then known as the Peter Jackson Classic, as well as other provincial championships and qualifiers.